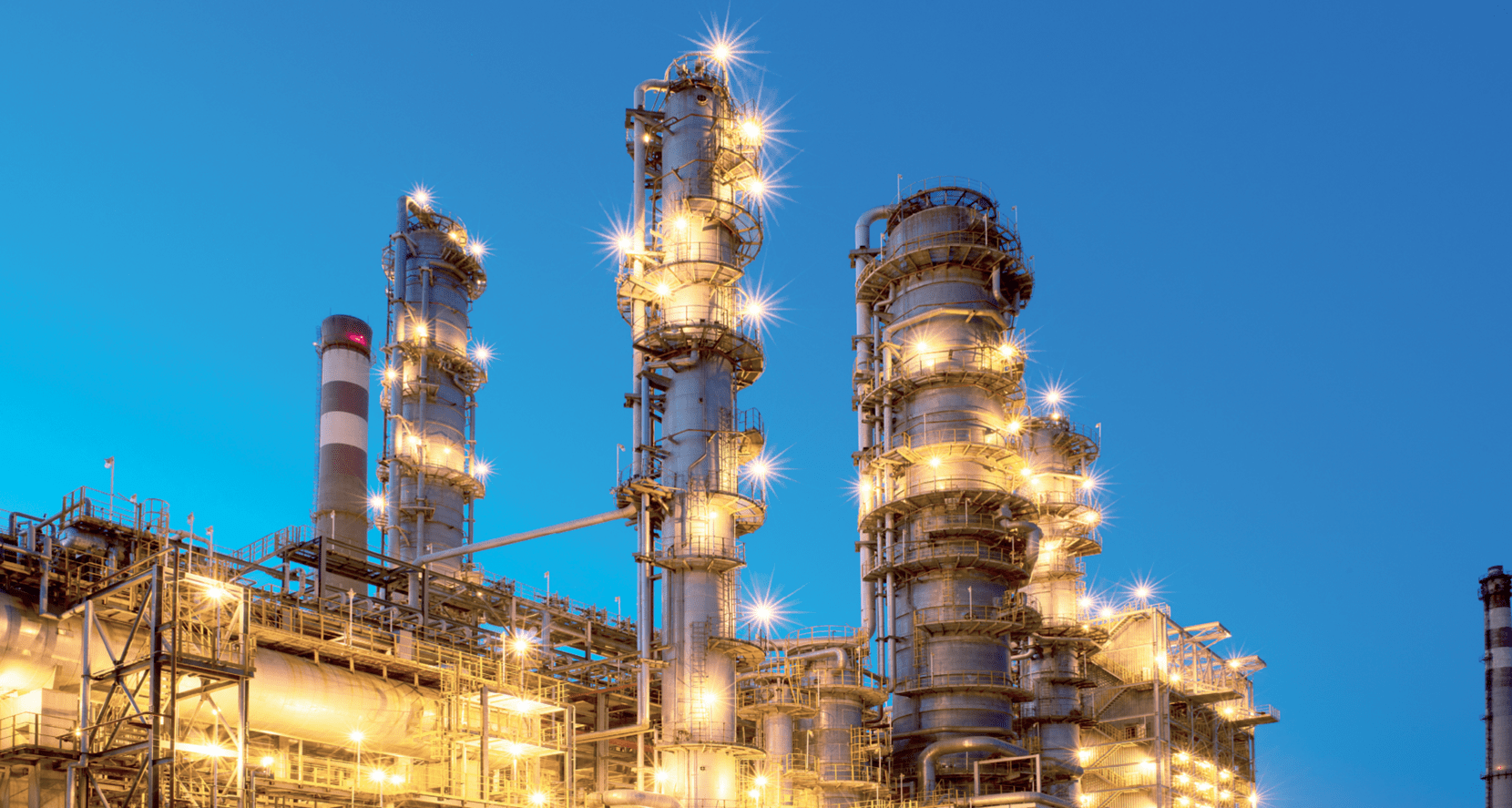 Following the completion of the modernisation programme, which has enabled the Company’s oil refineries in Kazakhstan and Romania to achieve higher refining depths, the key objectives for these assets in line with the 2018–2028 Strategy include:

Within KMG’s asset mix, four refineries in Kazakhstan and two in Romania are responsible for processing liquid hydrocarbons (primarily oil).

Atyrau Refinery was built in 1945, with Pavlodar Refinery coming online in the 1970s. Shymkent Refinery was commissioned in the mid-1980s, while Caspi Bitum was launched in 2013 to support the development of a modern refining sector in Kazakhstan.

In 2007, KMG purchased Rompetrol Group, which incorporates the Petromidia Refinery (the largest refinery in Romania) and the Vega Refinery (the only extraction naphtha producer in Central and Eastern Europe). The company has since been renamed KMG International.

In 2019, the following projects were implemented under the strategy:

According to the Law On Amendments and Additions to Certain Legislative Acts of the Republic of Kazakhstan Concerning Entrepreneurship in Kazakhstan dated 29 October 2015, from 1 January 2017 the Government no longer regulates refining prices, which has significantly simplified the process for agreeing oil refining tariff changes, which are currently coordinated by the Ministry of Energy of the Republic of Kazakhstan.

In 2019, the oil product output (net to KMG) increased by 361 thous. tonnes, or 3.0% year-on-year, to 12,513 thous. tonnes of finished products due to a refining volume increase at Shymkent Refinery resulting from a refining capacity increase following its modernisation. In 2019, light product yield was 64% compared to 61% in 2018. In 2019, KMG fully covered domestic market demand for light products.

Increased light product yields were a key driver of change across Kazakhstan’s three largest refineries, boosting the value of hydrocarbon product slates. These changes resulted from the modernisation programme at Kazakhstan refineries.

In 2007, KMG acquired Rompetrol Group, which incorporates Petromidia Refinery (the largest oil refinery in Romania) and Vega Refinery (the only extraction naphtha producer in Central and Eastern Europe). The company has since been renamed KMG International.

The core business of KMG International is hydrocarbon refining, as well as wholesale and retail sales of oil products. The KMG International-owned Petromidia Refinery is responsible for primary hydrocarbon refining, with the Vega Refinery focusing on secondary refining. The Petromidia and Vega Refineries operate according to the model where refineries purchase hydrocarbons for their own account, refine them and then sell them either wholesale or retail through an owned retail network of filling stations.

In 2019, our refineries in Romania processed 6,767 thous. tonnes of hydrocarbons and other feedstocks, or 17.3 thous. tonnes per day. Hydrocarbon refining volumes increased by 436 thous. tonnes, or 6.9% year-on-year, largely due to improved feedstock blending and sustained record-high average daily refining rates at the Petromidia Refinery.

In 2019, oil product output increased by 429 thous. tonnes, or 6.9% year-on-year, to 6,614 thous. tonnes due to improved feedstock blending at the Petromidia Refinery and higher demand in the market.